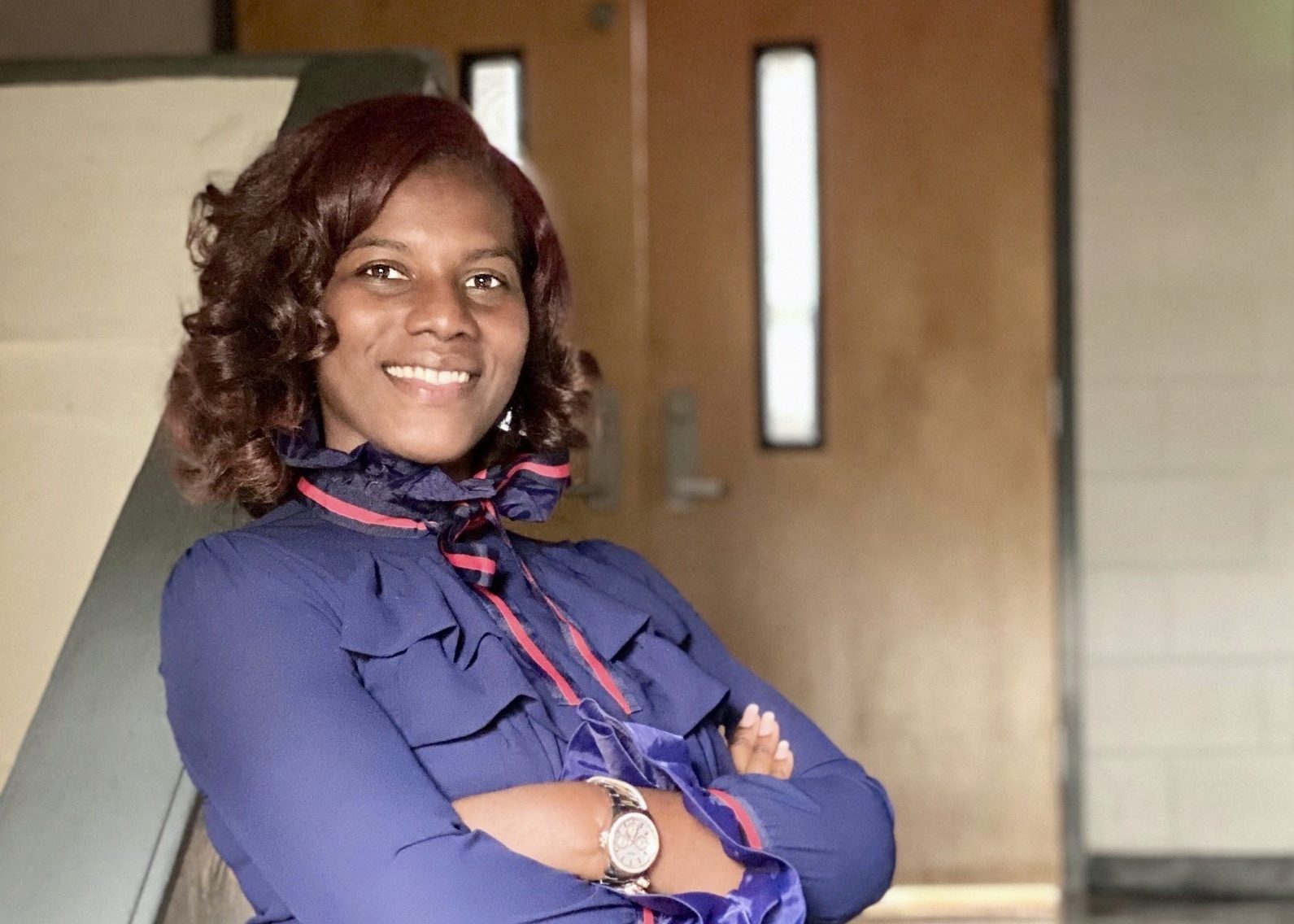 We are excited to announce that Shalimar Gates, who began with RePublic Schools as a teacher and most recently served as assistant principal at Liberty Collegiate Academy, has been promoted to Director of Math. Shalimar sat down with our communications lead Megan Cole to share a bit more about herself and why she is proud to take on this role.

Thank you for taking the time to sit down with me today! First of all, congratulations! Second, what led you to work in education in the first place?

At a very young age I understood the power of education and exposure. I loved school, learning, and math. My mothers, Rosie and Mildred Leggett would always tell me that I could do anything that I put my mind to. I took their words to the bank and cashed out on a life of my own. I took a leap of faith and moved to Nashville to attend Fisk University. While earning my undergraduate degree in exceptional education at Fisk, I was mentored by three great educators; Mr. Sawyers, Mr. Bowers, and Mrs. Beasley. They invested so much time into me and filled me with a great deal of educational wisdom. I knew I wanted to pay their investment forward.

It sounds like you had many great supporters and educators help you launch your career. Speaking of which, what has your career in education looked like thus far?

I began my educational career in Metro Nashville Public Schools teaching kindergarten and second grade. After teaching for six years, I realized that personally and professionally I wasn’t thriving. In 2018, I learned a valuable life lesson and to God be the glory my fall wasn’t fatal. I knew that I had to be more intentional about the decisions that I made. It was then that I decided to apply to RePublic Schools.I received a position to teach fifth and sixth grade mathematics. I knew instantly that RePublic was the place for me! I was able to bring my whole self to work, I was pushed professionally and personally, and most importantly, our educational philosophies were aligned. I flourished as a teacher like never before. After a year of teaching with the network, I was promoted to assistant principal of STEM (Science, Technology, Engineering, and Mathematics). Knowing that RePublic is a rich ground for growth and seeing the math director role open up, I knew that this opportunity was for me. My passion for mathematics and educational equity drove me to apply.

That’s awesome! I am curious to know what drew you to math in the first place?

Mathematics in years past has only lived in textbooks and in a classroom. But what happens when the register is down, when you need to modify a recipe, manage finances, and or make a major purchase? If mathematics only lives in the classroom or in a textbook, our scholars will not be able to thrive when faced with the above issues and the numerous unmanned or unforeseen issues. When scholars understand why a formula works rather than just what a formula is, they will be able to be critical thinkers, problem solvers, and mathematicians.

That’s very true. What are you most hoping to accomplish when it comes to taking this role?

I wish you had been around when I was in school because I definitely had a math phobia and I believe your philosophy will support so many of our scholars and teachers. Speaking of our scholars, more than 95 percent of our scholars identify as people of color. What do you think your identity as a Black woman means to RePublic?

Perspective makes a world of difference. As a Black woman, I bring my whole self to the RePublic Academics Team. I bring my past experiences of excelling in math as a student, but failing in life experiences that involve math. I bring those past experiences as a reminder of my convictions and commitment to break the educational chains that our scholars and families have been systematically placed in. Those chains are broken by providing our scholars with a rigorous mathematical curriculum, intellectual prepared teachers, committed assistant principals, and a vision-driven math director dedicated to leading for racial equity and mathematical freedom.

That is so powerful! Speaking of vision, what do you hope to be true about RePublic in five years as a result of your leadership?

RePublic currently serves thousands of families in Mississippi and Tennessee. As a network, we are making good on our promise to reimagine public education in the South. In the next five years I look to not only reimagine, but redefine public education in the South. Redefining public education means that every person that stands before scholars or works in education believes wholeheartedly that all scholars can and will excel. This belief must be unwavering regardless of a scholar’s race, socioeconomic status, gender, and/or ability. ALL means ALL! It is imperative that we believe in our scholars, so they can believe in themselves. That a person thinketh, so they shall be. When our scholars understand that we believe in them, they will unconsciously begin to believe in themselves, therefore creating a rich ground for growth in their minds and hearts. Once we all believe we must operate in that belief. We must be ready and willing to put in the work to show up for our scholars like never before. That means that we are showing up every day as our best selves, not because it’s nice to do but because it is what our scholars deserve. Their success is our success and anything that they do not know we must be willing to teach. Our scholars will excel because we believe that they can and are committed to making sure they do.