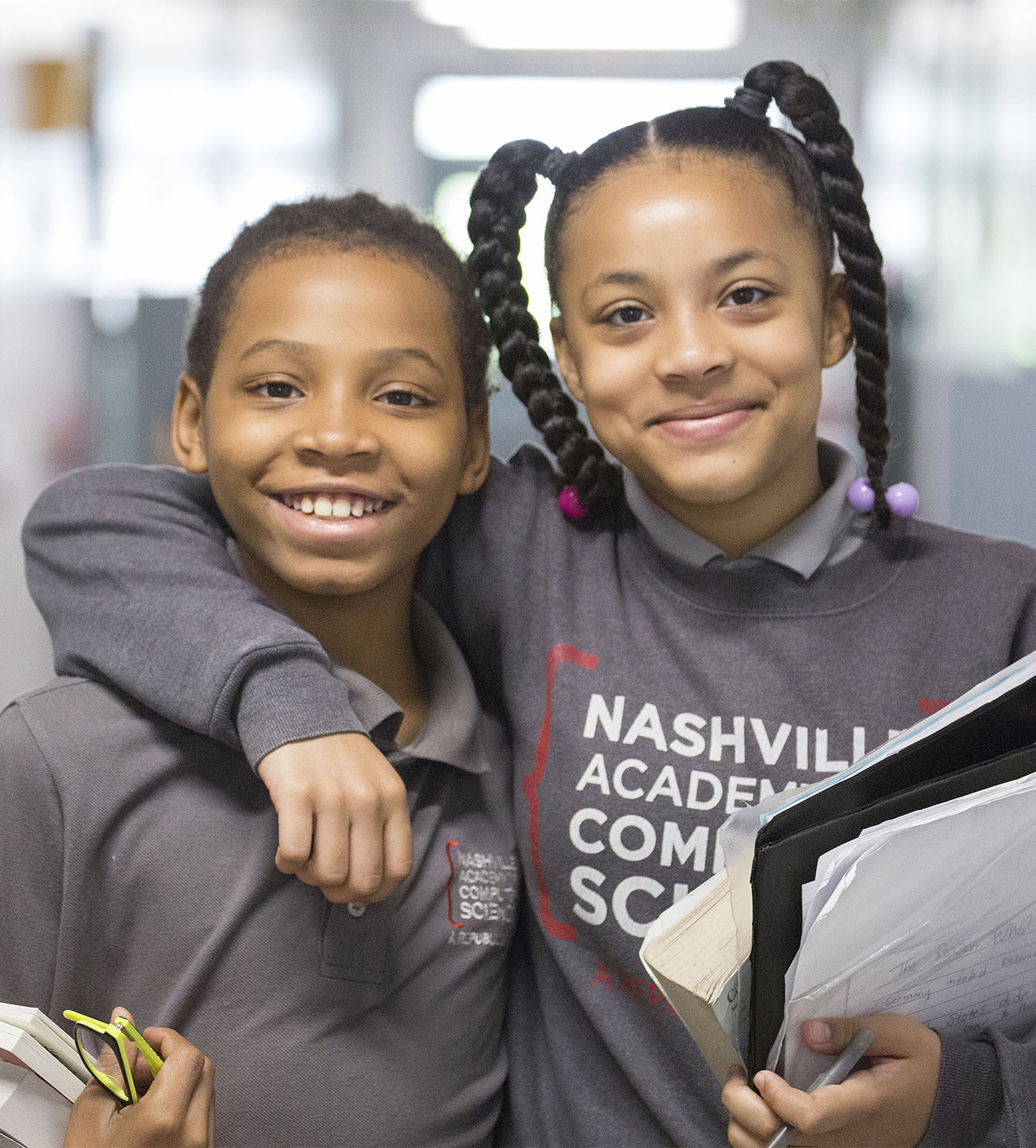 Early this spring, we as a network made the incredibly difficult decision to merge one of our Nashville middle schools, Nashville Academy of Computer Science (NACS), with our two other middle schools, Liberty Collegiate Academy and Nashville Prep. While this was ultimately the best decision for our scholars and families, it was not an easy one to make, especially as the challenges of the spring and early summer unfolded. Ultimately, it was imperative that our organization lean into our commitment to our scholars and families. Our CEO Jon Rybka and the principal of NACS, Rachel Kengeter, share their candid reflections on this experience.

In the summer of 2019, questions about the future of NACS came into sharp focus. We took a close look at the number of scholars enrolled and really started to grapple with the question: will we have to close our school? At the time, we thought that perhaps this was a school quality issue. While NACS had grown leaps and bounds and produced several years of strong academic data, we knew there was still room for growth. We also knew we had the team in place to do it. Throughout the fall, our school got better and better, but we continued to struggle to fill our classrooms. Our network dug into the data around enrollment and demographics, we uncovered something we had seen anecdotally, but had not fully understood.

Nashville’s landscape is changing rapidly, especially in North Nashville. To support the NACS team, in late December, we as a network dug into the changing demographics, the same changes that are forcing other challenging decisions by MNPS in the neighborhood. What we saw in the data were multi-year trends — families were moving out of the area and there were far too many seats for the number of children in the area, most dramatically in middle schools. We also knew that our scholars were making progress and that our families were overwhelmingly pleased with our school, but we might have to make some tough decisions.

We convened as a senior leadership team and reviewed ours and North Nashville’s enrollment trends. That review, unfortunately, led us closer to an understanding that our decision to merge NACS with our other two middle schools was no longer if but when. While on an intellectual level I knew this was the right choice, emotionally, I was devastated. Our entire leadership team was devastated. Our scholars deserve robust programming in schools with a deep capacity to support their diverse needs, and we knew that our school would not be in a strong position to deliver on either of these without stronger enrollment. Even knowing this, it was still hard to make our eventual choice to merge NACS with Liberty Collegiate Academy and Nashville Prep knowing that our scholars, families, and staff worked to build strong bonds as a community over the past five years.

I left that leadership team meeting in late December and walked into an after school practice for our boys basketball team. They were working as hard as ever on the court, and loving every minute of it. Calling out support for one another, teasing, and goofing. My first thought as I watched them was how can we do this to them? My second thought was how can we not? As hard as it has been to break the news of the merger and dismantle our small and beautiful community, I have grown even more convicted in the last several months that this is the educational future my scholars deserve.

After determining our course of action and letting some of our key partners know about our decision on February 29th, we set out to immediately connect with our staff, families, and scholars to share this decision. Our plan to share this news with families on March 2nd was changed due to the tornado, as it became critical in that moment to support our families with disaster relief. Knowing that time was still of the essence, we sent a letter to all families on March 4th and a second letter on March 9th sharing the rationale for our decision and giving our families opportunities to hear about that decision with town halls scheduled for the following week. A handful of families attended those town halls and overall, once we shared the news, there was an outpouring of appreciation from our families for the honesty, the school’s hard work, and the trust they had in our network.

Additionally, we are proud to share three out of four of our families have chosen to stay with us and transition to one of our sister schools in the upcoming school year. Again, keeping this many families within our network would not have been possible without the strong support of the NACS team now and over the past four years. These families included my own family, as I am a proud uncle of an NACS scholar. Throughout his three years at NACS, he, along with our family, has felt the community and support Rachel described.

Speaking of the transition, I know that our scholars, families, and staff will carry the NACS spirit with them as they move into their new schools. The NACS team is spirited and resilient. We have tremendous pride in all we’ve achieved and after all, NACS was founded as a place of innovation. Five years ago, the school was started as a place to incubate our computer science program. This program has expanded to a robust, well-respected curriculum used by more than 200 teachers across 150 schools for use with more than 51,500 students across the country, including those in our own network and current MNPS students. This pioneering spirit and a passion for beating the odds will follow our scholars and staff, two-thirds of whom are continuing on to another RePublic school – into what promises to be a school year full of unprecedented change. I can think of no other team better equipped to handle the challenges ahead. I am proud to be a part of the NACS legacy.