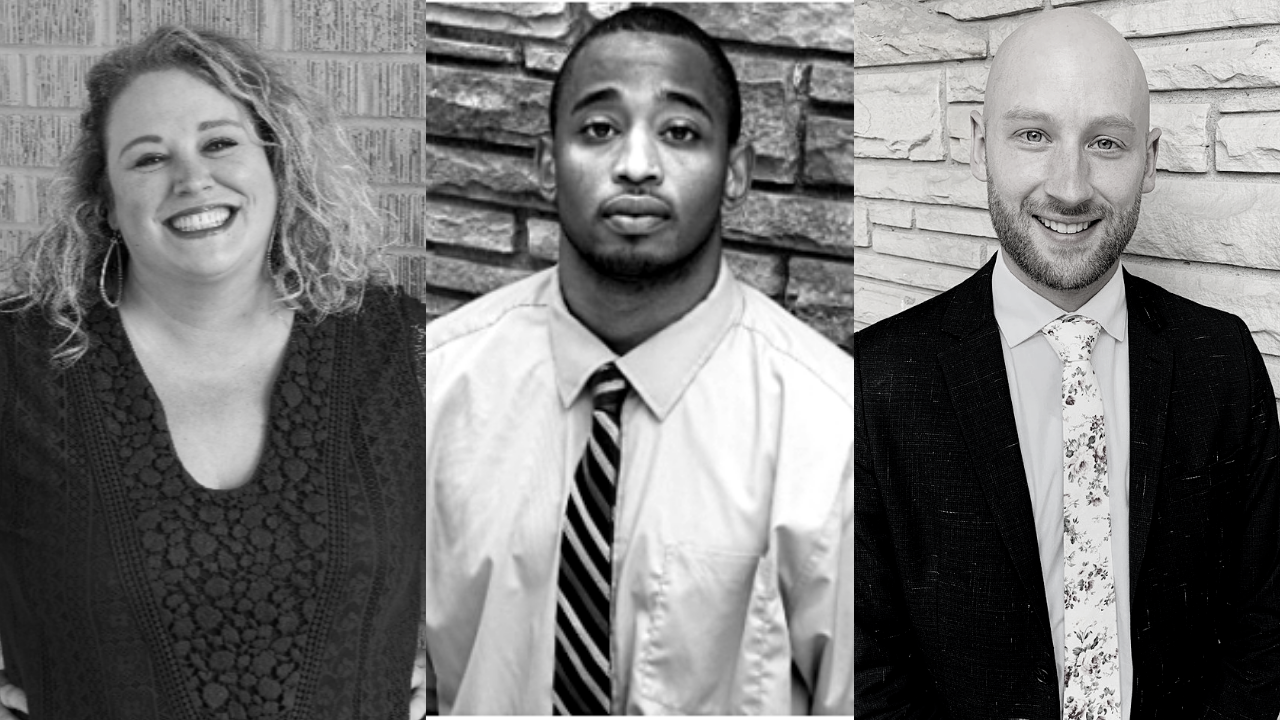 As the school year began, we had three school leaders step into new roles as principals. We sat down with our “new” principals to hear more about their backgrounds and why they are excited for the start of a new school year!

How long have you been in education and what drew you to the field?
I’ve been in the education field for about ten years. I originally got into education because I loved music and wanted all students to have an arts experience, but it wasn’t something that I thought I would do long term. I did not always feel especially gifted in academics when I was in school but instead found my home in theater and music. I taught a few years here in Nashville and ended up moving to New York to pursue a career in music. While I was there, Dave Levin, one of the co-founders of KIPP, was a regular at a restaurant I worked in and he encouraged me to give education another chance. I ended up working with KIPP and that’s where I met Nashville Prep founder Ravi Gupta. He encouraged me to move home to Nashville and restart my teaching career here.

What are you most excited about for this school year?
I love the chance to get to be the principal of the school I founded nine years ago as a fifth-grade history teacher. Scholars will come up in the halls and say that their older sibling had told them all about being in my history class. Nashville Prep has such a special place in my heart, and I am so excited to be working with our staff, scholars, and families to continue to prepare each of our scholars for the college of their choice.

What do you hope to be true for your school by the end of the year?
I want for our scholars to be so invested in their own data, future, teammates, and their teachers that they show the state of Tennessee what it looks like to dominate the TCAP and MAP test at the end of the year. I want kids to leave the year knowing that they left everything they had on the field and so excited about the next year to come. Excited about the teachers for the next year, the books, and the challenges.

Jackson State University
Most recently serving as an assistant principal, Mr. Denson takes on the principal role for Reimagine Prep.

How long have you been in education and what drew you to the field?
In college, I was a criminal justice major, but it felt like it was a reactive career. I decided I wanted to help people on the front end rather than the back end. I eventually got into coaching and then became certified to be a teacher and I’ve never left.

What are you most excited about for this school year?
I think I am most excited about leading the school as a principal. Last year I was an assistant principal and I am excited to see how my role last year fits into the big picture. I am also excited to help our leadership team continue to grow so they can support our teachers. When our teachers are supported, our scholars grow.

What do you hope for your scholars’ futures?
What I hope to be true that it will be an afterthought that there was ever a time where it was impossible for our scholars to achieve. I want it to be a world where our scholars’ kids cannot believe there was such a time that your zip code often determines how far you go in life. I want it to be a world where their grandkids would not even believe that such a shameful period in our history ever existed.

University of Kentucky
Starting his career with RePublic Schools as a teacher at Nashville Prep, Mr. Dempsey now leads RePublic High School after several successful years as the principal of Nashville Prep.

How long have you been in education and what drew you to the field?
I’ve been in education for the last nine years. After graduating from the University of Kentucky, I decided to join Teach For America, a program that recruits diverse leaders to make an initial two-year teaching commitment in a low-income community. I knew I wanted a career that brought me more fulfillment than the data analyst role I held while I was in undergrad. My mother has always worked in education, which influenced me more than I knew at the time. I was hired to teach high school Spanish in Selma, Alabama and fell in love with the community and the work.

What are you most excited about for this school year?
I am excited to see RePublic High School grow and mature. Our school is in its fifth year and we are proud to have some of the highest average ACT scores of any open enrollment school in the city. However, I want to see this translate into great academic work day-in, day-out for scholars. We have many new staff members this year so I’m excited to see them realize their potential as great educators for our scholars.

What do you hope for your scholars’ futures?
I hope that my scholars achieve the futures they desire for themselves – and that they overcome the barriers that prevent their agency with their drive, tenacity, and education.