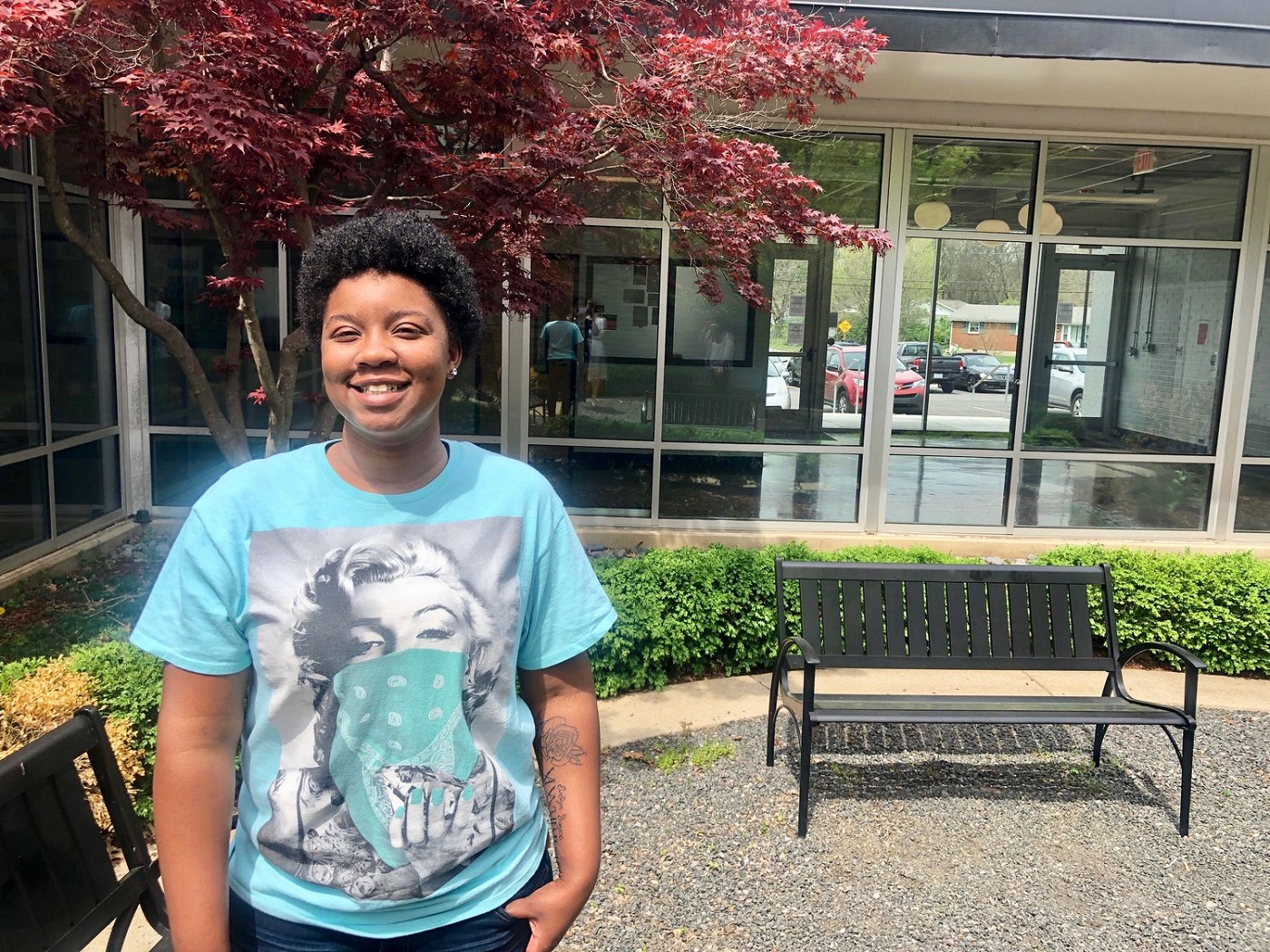 With more than 300 college acceptances among them, our first graduating college class at RePublic High School is proving what’s possible. We interviewed three of our seniors to find out more about their college plans and how their time at RHS has played a critical role in their success. 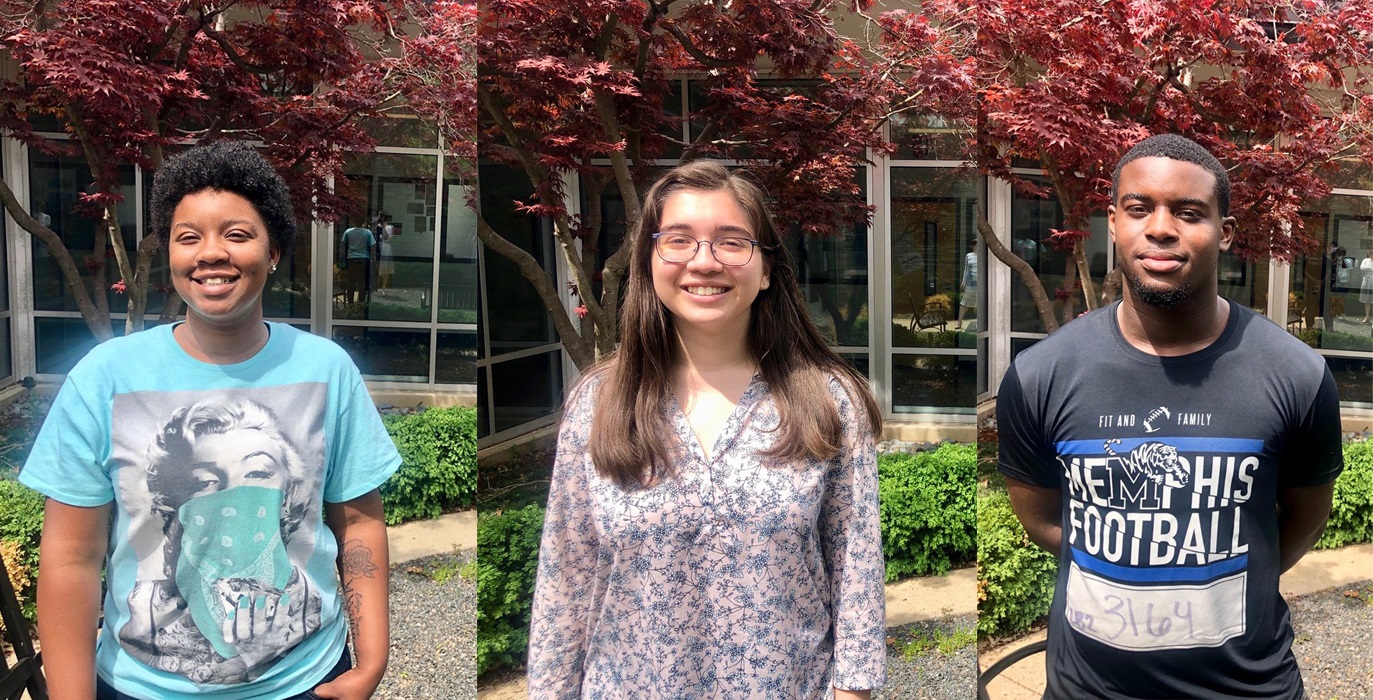 So you’ve been at RHS all four years. How has your time here helped you get prepared to be successful in college?

Derresia: Honestly it’s been the workload. Being the founding class meant we were kind of the guinea pigs. This meant that I’ve taken AP classes since tenth grade. Also our teachers have really prepared us. They do not let up. Things have gotten harder and harder each year. Our teachers have really prepared us by telling us if we don’t meet deadlines, we will get lower grades because college professors will not take late assignments. It’s helped me to be more responsible instead of procrastinating.

Ana: I would agree with the workload. Also, I don’t think being a guinea pig has been a bad thing. We are more open to change and are better prepared to overcome obstacles.

Larry: For sure the workload. I am not going to say it was too much, but I definitely feel prepared for college. The amount of work we have is enough to better ourselves. For example, at RHS, most teachers will not just tell you your essay is great and leave it at that. They give you advice on how to improve it and are always taking the extra step to take you from good to great.

Speaking of teachers, who are a few teachers who helped you during your high school journey?

Derresia: Well she is not at RHS anymore but Ms. Hennings, who was our teacher, really pushed me and was one of the first people I felt like I could open up to. I felt comfortable with her and even though she doesn’t teach here anymore, she checks up on me all the time to make sure that I’m on the path to college. Also, Ms. Johnson who is a ninth grade English teacher has also helped me. She helped me look at scholarships and understand what to do with my applications. She also gave me good perspective on what college life will be like. I mean my mom went to college, but it’s been a while.

Ana: Ms. Michieka, she isn’t here anymore but she was my advisor, always pushed me to be the best. I felt like I could always go to her and when I got into Vanderbilt, she was one of the first people I called. Also, Ms. Pippen who is our college advisor has been really great. I’ve been comfortable asking her all of my questions and she’s been a great help too.

Larry: I mean it’s all the teachers but if I had to pick one, it would be Mr. Castaneda. He’s been a role model for us since ninth grade because of all of the things he’s been through. He’s helped us through high school and taught us what it means to be a man in today’s society and how to succeed on your own. He’s been my biggest role model.

So now thinking about next year, why did you choose the college you did and what are you most excited about?

Derresia: So I am going to Tuskegee. I picked them because I want to be a psychologist, and I can major in that and minor in business. I am really excited to get away from familiar faces. Not that I don’t like the people I’m with now, but I really like to meet new people. By going out of state, it will help me meet new people and I can be exposed to new ideas.

Ana: I want to go to Vanderbilt because I want to work with children. Peabody, Vanderbilt’s college of education and human development, is great for that. I also really liked the campus and felt at home there.

Larry: I chose the College of Wooster because of the success stories I see of people who go there who go on to develop their own companies. Also, by playing football there, I still have the potential to go into the NFL if I want. Also, since it’s a premiere college for mentored undergraduate research, I can have a mentor who can help me and give me career advice.

Derresia: In five years I will definitely still be in school. I want to become a psychologist and open my own clinic with African American staff that serve African American kids. Right now I have a lot of African American friends who feel like they do not have a person to talk to who has their same skin color, and who they can relate to. It’s really important to me that I help make a difference in the African American community with mental health. I have some friends whose parents don’t always take their problems seriously, and I want to change that mindset. I can also bring awareness to things like teen suicide and hopefully reduce it. I want to work with kids and their families to help them get better.

Ana: I will also still be in school. I want to get my master’s in speech and language pathology. I have also been toying with the idea of traveling to a Spanish speaking country to solidify my Spanish.

Larry: I want to be working at a company startup. I have high dreams of continuing to play football in the NFL, but I already have my backup plan. I have a lot of interests and I know one of those can become a company. I want to be my own boss and the CEO of a business. But in terms of changing the world, I have been following the reforms to our criminal justice system. I’ve been following black artists and leaders who are speaking out about the portrayal and mistreatment of African Americans in the criminal justice system. Besides my career, it will be one of my hobbies or interests to go around the U.S. and get people to work to reform the justice system.